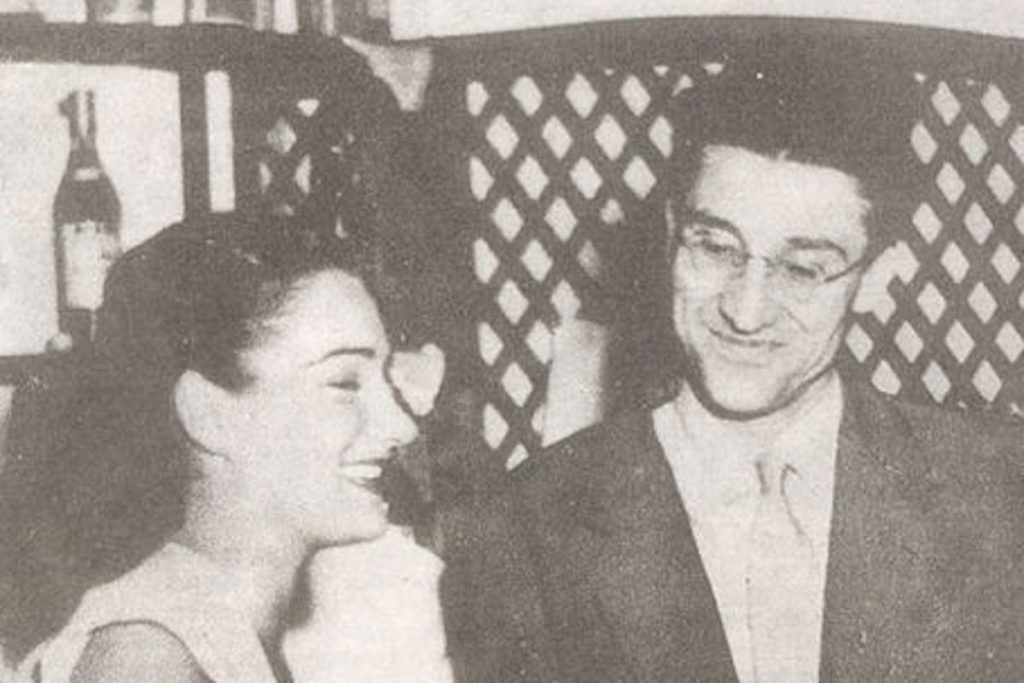 Our themed blog Dialogues with Pavese goes on with an interview with Lawrence Smith on Cesare Pavese, America and the women. 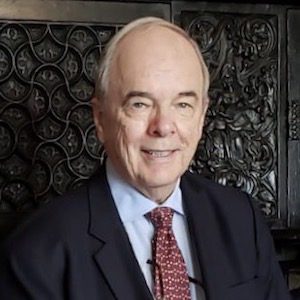 Lawrence Smith was born in Washington, D.C., and attended elementary and high school there. He went on to Harvard College in Cambridge, Mass, where he graduated in 1959 with a concentration in Economics. After working for a while in his hometown, he spent a year at L’Università di Padova as a Fulbright Exchange Scholar. He then returned to graduate school at Harvard in the American Studies program. He spent three years in residence and left with an M.A. in history. He began his career in banking in 1964 but continued to work on his graduate dissertation and received a PhD from Harvard in 1972. Despite he is not an actual academic, his figure is quite relevant when it comes to Cesare Pavese. Firstly, because he is the author of the book  Cesare Pavese and America. Life, Love, and Literature (University of Massachusetts Press, 2008 e 2012) where, based on original sources and documents, he retraced the life and works of Pavese for American readers. Secondly, because he owned some books belonged to Pavese, with signed inscriptions, which the writer gifted to Constance Dowling, his last – desperate and American – love.

American literature: a passion in common

How did your interest in Cesare Pavese start? What aspects of Pavese in particular did strike you in the beginning?

I had never heard of Cesare Pavese until the academic year 1960/61. I was living in the Casa dello Studente Arnoldo Fusinato at Padova. I was the only American among 200 Italian students. At some point, one of them said to me, “Senti americano; noi abbiamo un poeta così bravo che scrive poesia anche in inglese.” “Chi?” “Cesare Pavese.” So, I went to a bookstore downtown to look for books by this marvel. I discovered that in fact among his poetic output there were a few poems in English, but what really caught my eye was a book nearby on the shelf, La letteratura americana e altri saggi, edited by Italo Calvino. Though my major in college had been economics, my real interest was American Literature and by this time in Padova I had already applied to graduate school in American Studies. And here I came across Pavese, who, I now realized, was a major Italian writer and I
discovered that he wrote an entire tesi di laurea on Walt Whitman in 1930, translated major American authors, and wrote these amazing essays on 19th and 20th century American writers. All that’s what got me. I wanted from then on to figure out how this provincial intellectual Italian, this gifted artist, discovered American literature in his late teens and what it was about our literature that fascinated him for so many years.

You wrote the book Cesare Pavese and America: Life, Love, and Literature. In this book, you focused on two aspects of Pavese: one is the influence of American literature on Pavese’s first years as a writer and a student. Did Italy have the same influence on you?

Not in the same way at all. I have been involved with Italy since that year back in Padova. Also, as a banker I worked four years in Milano. I return to Italy frequently and still have friends from the year at Padova and those in Milano. But Italy never obsessed me the way America obsessed Pavese from about 1928 to 1934. It would be more like Pavese and America later on, when America remained an interest of his, but just one of several.

Cesare Pavese and the women

The second topic on which you focus are women. You analyzed his relationships with Tina Pizzardo, Fernanda Pivano, and Bianca Garufi. Do you think that the main reason behind Pavese’s suicide was Constance Dowling’s rejection of him?

No and yes. Pavese’s preoccupation with suicide dated back to at least his liceo years. His diary is full of musings about suicide and Natalia Ginzburg famously wrote that “Aveva parlato, per anni, di uccidersi. Nessuno gli credette mai.” So it’s fair to say he had a predisposition to suicide before he met Dowling. But it’s also fair to say, as is evident in his diary, that Dowling’s rejection of him, triggered a major depressive downturn, a self-destructive mania that lasted the remaining four months of his life. So, yes, in an indirect way, and totally without Dowling’s awareness, her rejection, did lead to his death.

And do you think Pavese was influenced by the culture of his time, which forced a “true man” to possess women? What if Pavese was born in these days, if he was 30 now: have you ever imagined how his life could have been?
Lord knows what a Pavese born thirty years would be like. I suppose he would have learned how to drive a car and maybe have gotten an apartment of his own, rather than always living with his family. Of course, he was influenced by his times. Who is not? But his fraught relationships with women were not a product of his time, but of his personality, which, like everyone’s, is formed by genes, parents, siblings, friends, experiences, education, and life events.

The early death of his father, his mother’s seemingly harsh nature, his experiences at Santo Stefano and Torino, his first experiences with girls—whatever they were—all this and much more made him who he was. And that, unfortunately, cannot be changed.

The books gifted to Constance Dowling

You had the incredible fortune to come into possession of four books which belonged to Pavese: he gifted them to Constance Dowling. Can you tell something more about these precious volumes and their history?

Pavese’s brief love affair with the American actress Constance Dowling is well known by people with an interest in Pavese. He met her, and her sister, Doris, at the turn of the year 1949/1950. The affair peaked in March, 1950, when he spent several days with Constance in Cervinia and then in Torino. He called this ten-day interlude, “Le notti di Cervinia, le notti di Torino.”

On the night before Constance left Torino, Pavese gave her three of his published novels, each personally inscribed in English and dated, “Torino, 15-3-50” and signed “from Cesare.” Paesi tuoi: “To Connie, glowing laughter.” Il compagno: “To Connie, Alone like many of us.” Prima che il gallo canti: “To Connie, who understands.” “Glowing laughter” in the Paesi Tuoi inscription is a direct quote from one of those few poems I mentioned above that Pavese wrote in English. He wrote it while they were still in Cervinia and entitled it, in English, To C. from C.

The fourth, and by far the most important book, he gave her was a two-volume first edition, 1932, of his translation of Moby Dick. He gave her that about two weeks later. He had heard little from Dowling after she left Torino, just one picture postcard from Montecarlo. He did not know where he stood with her. He loved her; he wanted her to marry him; he wanted clarity. He traveled to Rome at the end of March. On April 1 probably before meeting her for what he later described as “our last dinner together,” he wrote in the Moby Dick an inscription that makes sense only when compared to an inscription Pavese wrote at the top of the very same page of the same volume eighteen years earlier.

That first inscription reads, “Offro gratis a Leone Ginzburg, 10-giug-’32, Cesare Pavese.” The inscription at the bottom of the page reads, in English, “Leone died my only friend. Won’t you take his place, Connie. 1° April ’50. Ces.” Ginzburg died in the Nazi-controlled section of the main Rome prison in February 1944. While we cannot be sure, Natalia Ginzburg, Leone’s widow, probably gave the inscribed book back to Pavese sometime after the end of World War II. The second inscription illustrates the depth of Pavese’s attachment to Dowling, and, I have to add, his total misreading of her feelings about him. She returned to America that same month and left all four books behind with her sister, Doris. When Doris died in 2004, her son, Jonathan Shaw, the only child of Doris’s marriage to the famous band leader and jazz clarinetist Artie Shaw, inherited the books, and in 2009 I bought the books from him.

In 2018 you donated the books to the University of Massachusetts Amherst and for that occasion you delivered a lecture. Why did you choose this specific university?

That’s easy. It was the University of Massachusetts Press that around 2005 accepted my proposal for a book on Pavese and America and that eventually published the book in 2008. Their editors and staff produced a well-designed and pleasing physical book that was all an author could hope for. Furthermore, the university’s library has a well-respected Special Collections Department and I knew the books would be well cared-for. All four books, as well as a first edition of La luna e i falò that Pavese dedicated to Doris and a friend of hers, are now available for onsite research and the library has also digitized the books so anyone in the world can see the books and their inscriptions: i.e. the Moby Dick double inscription.

Even if – and, especially, because – you are not an academic, what do you think are Pavese’s characteristics that are still worth to be studied in America?

I wish Pavese were less studied and more read. As it is, he is mostly known to university students who take courses in modern Italian literature. He is not widely read by the general public. Part of the problem lies in the generally mediocre, sometimes terrible, English translations of his novels and short stories. He has had much better luck with the translations of his poetry and even of his favorite book, Dialoghi con Leucò. He deserves better here because he was a master of the short novel. La casa in collina and La luna e i falò are true modern masterpieces.