The Pavese Festival was launched in 2001 as an annual festival celebrating the writer in his hometown. During the Pavese Festival key representatives of the Italian music, theatre and culture relate to Cesare Pavese in a unique and intimate dialogue among people, literature, arts and the eternal hills so loved by the writer. The initiative is acknowledged as one of the three main events of the province of Cuneo.

The 20th edition of the Pavese Festival, celebrating the 70th anniversary of Pavese’s death and of the publication of The Moon and the Bonfires, took place in Santo Stefano Belbo on Friday 4, Saturday 5 and Sunday 6 September 2020. The Festival opened with artist Davide “Boosta” Di Leo – Subsonica co-founder – presenting his latest album Boostology. On Saturday afternoon, Sardinian writer Marcello Fois accompanied by musician Gavino Murgia, presented his interpretation of some of the Dialogues with Leucò, whereas in the evening actor Neri Marcorè read The Moon and the Bonfires accompanied by musician Domenico Mariorenzi. The Festival went on with a tribute in music and words by artist Omar Pedrini and closed with actor Andrea Bosca performing Anguilla in The Moon and the Bonfires. For the entire month of September, the Church of Saints James and Christopher hosted Tina Cosmai’s photo-exhibit dedicated to the Pavesian places, which was inaugurated at the Festival opening. 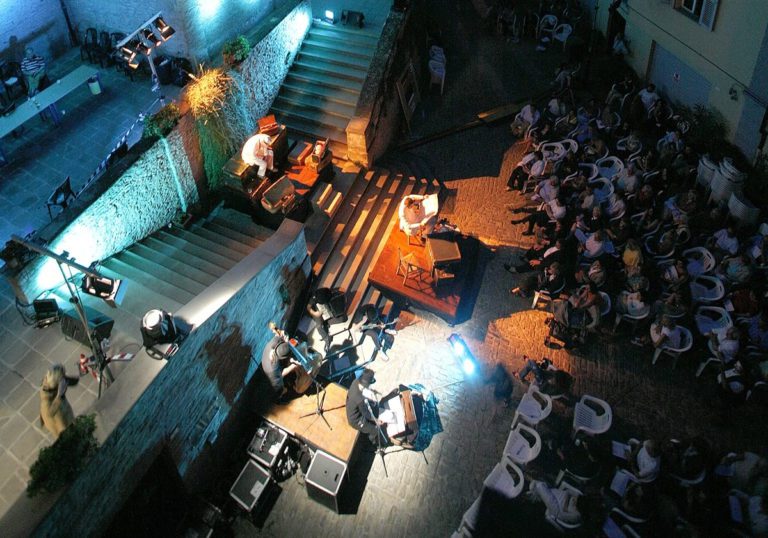