For the third post of our themed column Dialogues with Pavese, we asked scholar Daniela Vitagliano to share her research work on the Dialogues with Leucò. 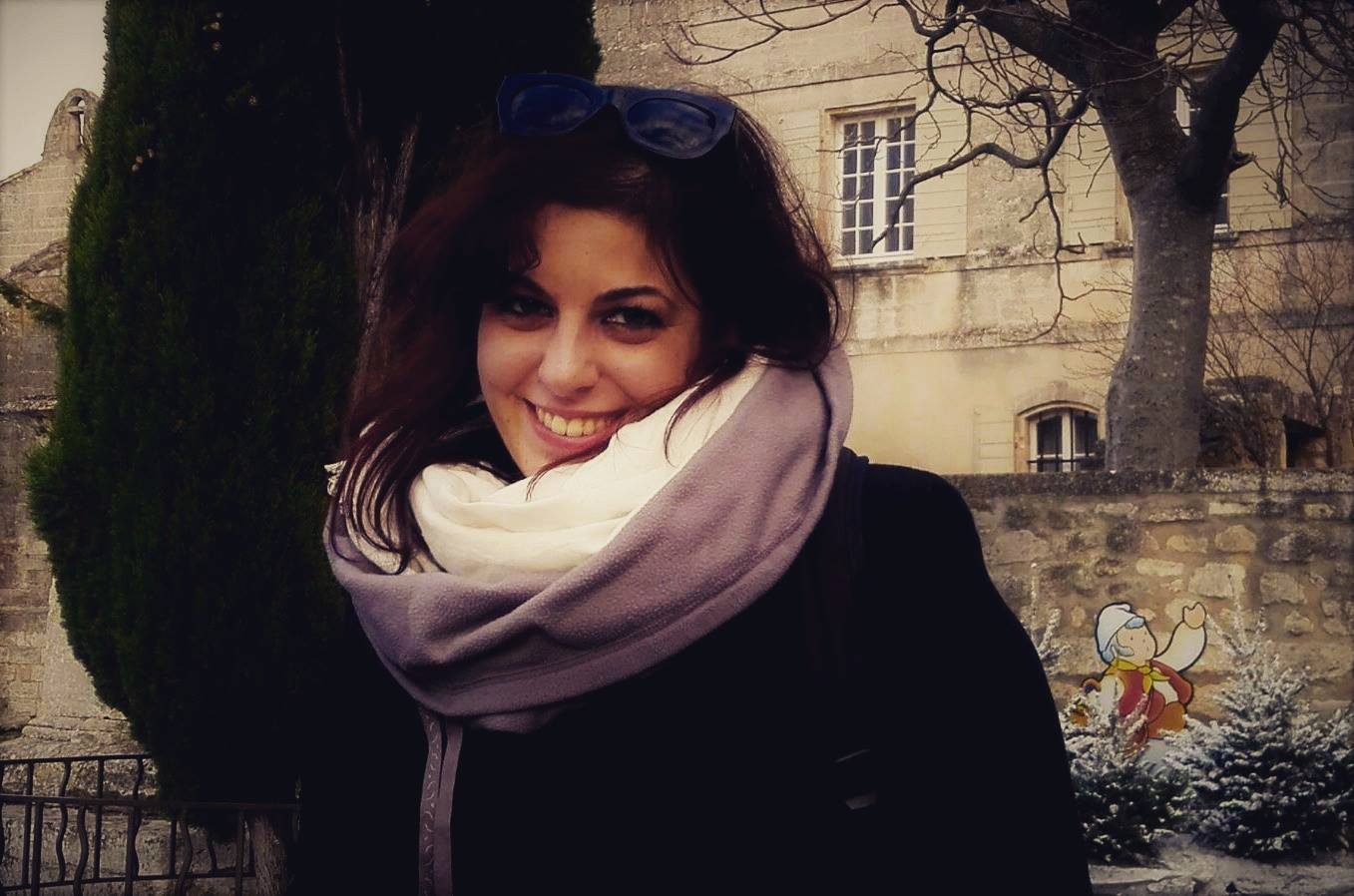 with Pavese bring us back to Europe, and more precisely to France. Our guest is Daniela Vitagliano, a young researcher born in Naples, who is now working as research fellow at the Institut des texts et manuscrits modernes of the École Normale Supérieure in Paris. After one specialization in Italian Language and culture, and another in Comparative Literature, Daniela obtained her PhD from the University of Aix-Marseille, with a joint supervision by Università degli Studi of Turin. Her doctorate research focused on the analysis of the style and on the exegesis of Cesare Pavese’s Dialogues with Leucò. Her theoretical studies took the shape of a digital hypertext of the book, an
interdisciplinary tool for criticism divided in three main fields: the book’s characters, its keywords, and its topics. She is now working on the first critical edition of the Dialogues that will be accompanied by a digital genetic edition.

What are the aspects of Pavese’s work that fascinated you since the beginning and what are the aspects that you discovered by studying  him?
I would distinguish two aspects of my interest in Cesare Pavese. On one side, a real love, born during the high school years when, at home, I read excerpts from his diary The Business of Living and, thinking about my sentimental problems, I laughed with him thanks to the sardonic reflections of the first years of the diary. On the other side, an intellectual esteem originated when I achieved experience and the necessary critical proficiency: this esteem was attracted towards, one more time, the Business of Living and Pavese’s essays. At the beginning, I thought that the Dialogues with Leucò were extremely difficult, an impenetrable wall of words. I chose to study them for my specialization and for my PhD because they fascinated me as much as they scared me. After many years and many studies, they opened up to me and now I can understand all their nuances, all their echoes in Pavese’s novels, all their rifts.

During your PhD, what aspects of the Dialogues you focused on?
My dissertation should have focused on the rewriting of myths in the Dialogues with Leucò. From this general idea, two paths originated: a theoretical consideration on the work and a more practical elaboration of the digital hypertext, a website that showed the text of the Dialogues and its detailed analysis. With my analysis, I tried to decipher mythical characters and places and the book structure, considering that the order followed by the dialogues in the book doesn’t respect their chronological composition. I examined the dialogical form and I conducted the first stylistic analysis of the text following the so-called critique of the rhythm as defined by the French critic Henri Meschonnic. Then, I connected this work – a true synthesis, for me, of the universe of Pavese – with his other works. I would like to study and to give value to the dialogical part of the text, the way in which Pavese evokes the
“otherness”. This is the starting point of the work which I will publish as a reworked version of my dissertation.

How did you take advantage of Digital Humanities for your study?
At a certain point, I wondered how I could make such a complex work available and understandable to the highest number of people: the idea of the digital hypertext sprung from this. I transferred many conclusions of my theoretical analysis in it: the characters are presented in two ways, in their traditional identities of myths and in the re-elaboration by Pavese; the keywords allow the reader to connect different parts of the book; and the topics allow to connect the Dialogues with the other books written by Pavese. As a member of the old school, I worked manually to build this wiki: a technician helped me only in the website development. In this way, I discovered the enormous potential of Digital Humanities for literary criticism.

The Dialogues with Leucò are maybe the most complex among Pavese’s books, but for him they also represented a straight and dramatic reflection on his own interiority, giving us a mirror in which all readers can find themselves. Does the modernity of the Dialogues lie in their being part of ourselves?
Yes, choosing the myths from Greek mythology allowed Pavese to connect his own experience with the experience of Man, giving the past a new function and a new perspective. But I also believe that these dialogues hit a raw nerve of every human being, which was also the existential problem of Pavese: the relationship with Otherness.

“I forgive everyone and ask everyone’s forgiveness. OK? Don’t gossip too much” Pavese wrote on his suicide note, on the front page of his copy of the Dialogues (now displayed at Fondazione Cesare Pavese in Santo Stefano Belbo). In which one of the Dialogues’s characters can we see Pavese’s destiny, according to you?
I would say in everyone. From bold Ixion to old Jason, from defeated Bellerophon to impatient Hesiod, every one of them dwells on the threshold, all of their stories deal with death. But, as many scholars know, in a letter to Davide Lajolo written in 1950 (whose original was nevertheless never discovered), Pavese admitted his affinity with Endymion, the character from the dialogue La belva (The Beast). This is no surprise, at all: Endymion was nothing but an eternal dreamer, a sleep-walking poet longing for sleep to join his lover forever.

Why is it important to read Pavese nowadays, also through his Dialogues with Leucò?
Reading Pavese is as important today as it was in the past. He was one of the first writers to give voice to feminine characters, let them speaking directly, through a writing style in which every word is exactly where it is supposed to be, the expression of an existential torment as much personal as universal. Re-reading Pavese is even more important because the ironic vein that permeated his writing, making it resonate, was distinguished only by a few. And this is a pity: beyond the difficulties of the text,
there is the entire human life, from birth to death, from pain to the victory of the memory. The Dialogues with Leucò show us that the only way to survive is by telling stories, retelling them to create a bridge between ourselves and the others. And this, in the actual context, is more than necessary.

Among the French scholars, Dominique Fernandez with L’échec de Pavese in the 1960s wrote a psychoanalytical analysis of Pavese and his books. How much is Pavese read, nowadays, in France? What future perspectives of studies could focus on Pavese, according to you?
A very few studies nowadays focus exclusively on Pavese: some of them are remarkable, but in general I think that Pavese is read more than studied. For sure, Fernandez with his book also created some stereotypes that are hard to defeat: for this reason, after the so-called “death of the author” (an idea presented by Roland Barthes in an essay published in 1968), Pavese could have been perceived as obsolete. More generally, I don’t think that there are specific reasons behind the lack of scientific interest for this writer: literature, too, is subordinated to the laws of chance, to trends, to the publishing industry. Maybe, things will change with the seventieth anniversary of Pavese’s death.

As for future studies, I would say that there is still a lot to discover and explore about the reception of this author in countries like France and the USA and also about the reception of the books from foreign literatures that Pavese kept in his library, almost untouched. Moreover, I believe that Digital Humanities could offer interesting perspectives for the study of literature, and this might involve Pavese. I hope that the digital edition of the Dialogues with Leucò, with its pedagogical studies, could encourage some other scholars in a study like mine for the other books of Pavese. It looks like the perspective of the Digital Humanities is very similar to the original spirit of the literary criticism, which relied on the sharing of discoveries, knowledge, and ideas.