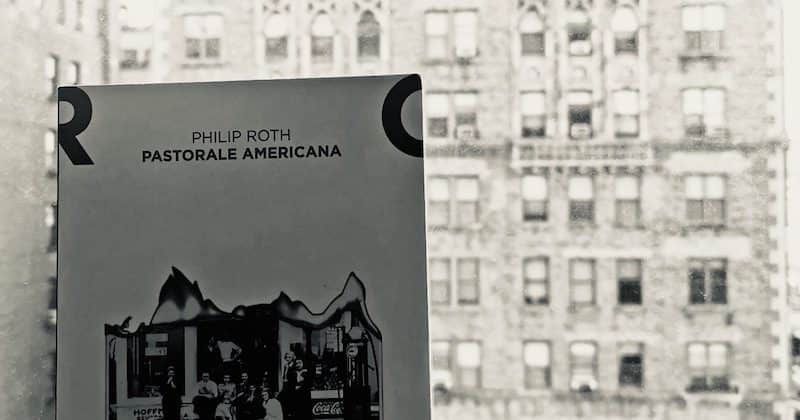 A conversation with professor Francesco Samarini about Philip Roth’s relation with the great writers of the Italian literature, including Cesare Pavese. 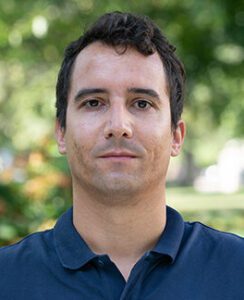 You have just published Philip Roth e l’Italia. Storia di un amore incostante. Why did you choose to focus on Philip Roth?

This volume derives from the dissertation I wrote and discussed for my PhD at Indiana University, which focused on the multiple connections between one of the most important American writers – Philip Roth – and Italy. I considered this relationship in a very broad sense, taking into account many aspects: the biographical connections between Roth and Italy, where he lived for some months in 1960; his knowledge of Italian culture and literature; his friendship with some Italian authors. At the same time, I studied how the American author has been translated, marketed, and interpreted by Italian critique during his career. I have also focused on his public image in Italy, analyzing the reasons behind a success with no equals in other countries. One of the reasons of my interest in Roth, at the beginning, was indeed due to the realization that, today, Roth is more famous in Italy than in the United States. The main purpose of my research is to analyze a complex and multifaceted relationship, characterized by ups and downs (the “fickle love” of the subheading), to understand the background of the present moment. The Italian reception of Roth seemed peculiar and relevant, although not adequately studied by the critique: my research aims to fill this void. Moreover, I must confess that Roth has been one of my favorite writers since when, during my high school years, I read for the first time one of his novels, Portnoy’s Complaint.

In the book you mentioned the relationship between Roth and a great Italian intellectual, Primo Levi. They were tied by their common Jewish roots, although Roth was not able to completely understand Levi on a human level (they met just before Levi’s suicide). What can you tell us about this?

The analysis of Roth and Levi’s relationship occupies a good portion of my book: the picture I have chosen for the cover of the book is a photography taken when they met. Levi is the Italian author that Roth knows better, even personally: he discovered Levi’s books in the 1980s, and he immediately developed a passion for an author considered, since the beginning, with great admiration. They met for the first time in London in 1986. From that meeting originated some correspondence, culminated with Roth visiting Levi in Turin in the same year, interviewing him for the New York Times Book Review. The dialogue resulting from this interview is deeply intense, both humanly and literarily speaking: Roth showed a deep understanding of the reasons behind Levi’s writing, and Levi appreciated Roth’s analytical skills. Roth immediately perceived a deep connection with his interlocutor, with whom he maintained contacts in the following months. Roth perceived Levi as a serene person, not a troubled one: for this reason, the news of his death – considered since the beginning as a suicide – deeply shocked him and made him feel discomforted. Roth realized that he just deluded himself in knowing Levi for real; in my book, I hypothesized that the reflections on the reasons behind Levi’s suicide are some of the reasons behind the famous pages in American Pastoral, where the impossibility of really knowing anyone is made clear.

Both you with this book and Pavese tried to bring American literature and authors to Italy, in a period that for Pavese was especially difficult. What was Roth’s relationship with Italy, both with regard to the translations of his books and his personal involvement?

First of all, it is necessary to remember that Italy is the first foreign country where Roth’s books were translated: his first book, Goodbye, Columbus, was published in 1959 in the USA and translated into Italian in 1960. The publisher Valentino Bompiani immediately realized the potential of this young writer, whose books he translated until the 1980s. Roth is often interested in the Italian translations of his books (the mail correspondence with Bompiani tells us, for example, about his requests concerning the translation of his first book), but his direct interventions are limited because he could not speak Italian. A special case is represented by his first bestseller, Portnoy’s Complaint, published by Bompiani in 1970, only one year after his American edition. Their correspondence shows us the reasons behind a troubled publication: worried by the almost sure intervention of censorship, Bompiani tried to convince Roth about the necessity to remove the obscenest parts of the novel; but Roth denied this possibility. So, the book was published in its integral version but was not censored, reaching a huge popularity in Italy, too. In the following years, even when Roth’s books were not particularly appreciated by Italian readers, his books were immediately translated into Italian. After the huge success of American Pastoral, marking a renewed interest in his books, Italian translations and editions multiplied, sometimes with new translations aimed at modernizing the previous ones.

Let’s talk of Pavese. In the book, you wrote that in a 1986 interview Roth declared: “At the end of the 1950s I began reading Pavese”. Moreover, in his book Sabbath’s Theater (1995), the protagonist Mickey Sabbath is contemplating the hypothesis of suicide and mentions, among the artists who committed suicide, Pavese. How can we interpret the relationship between Roth and Pavese, according to your research?

Philip Roth had been reading Pavese since his youth, but it was in the period he spent in Rome in 1960 that he deepened his knowledge of the Italian literature by reading relevant authors of the 20th century such as Natalia Ginzburg, Giorgio Bassani, Ignazio Silone, Alberto Moravia, Carlo Levi, Giuseppe Tomasi di Lampedusa. Not knowing the language, he read them in translation, of course. An important mediator between Roth and the Italian literature was a friend, whom Roth met during his period in Rome: the translator Ben Johnson who, in his career, has worked on Pavese, too. Between the 1980s and the 1990s, Roth often focused on suicide as a literary topic: for instance, in the novel Sabbath’s Theater in which the protagonist wonders whether artistic prominence and the choice of taking one’s life might be related. In this context, Pavese inevitably became part of the reflections of the writer together with other admired figures who all chose to take their own life. Of course, among them, Primo Levi occupies one of the most relevant places: his suicide was a real shock for Roth.

In the book you mentioned that in Roth’s catalogue of books, donated to the Newark Public Library, there are some books by Pavese. Which are these books? How could they be approached to study the relationship between Roth and Pavese?

The catalogue of Roth’s personal library is very interesting for whoever want to study his readings, always keeping in mind that they extended way beyond the titles listed in it. Among the Italian writers, Primo Levi is the most present author; but he is accompanied by many others, from Dante Alighieri to Italo Calvino. In this list there are also the English translations of some of Pavese’s books: La luna e i falò, Feria d’agosto, Il diavolo sulle colline, Tra donne sole, Il mestiere di vivere. Roth’s interest in the life of Pavese is witnessed by the presence of the translation of Davide Lajolo’s biographical account Il vizio assurdo, which describes his long-lasting friendship with Pavese. In my book I analyzed Roth’s knowledge of Italian literature by relying on his writings, interviews, and unpublished documents. But when I was writing it, Roth’s personal library was not open to the public, yet (the inauguration was in 2021), so I could not access his books directly. Speaking of future research, I would like to focus on another aspect of Roth’s relationship with Italian authors by examining his reading notes on the volumes available at the Newark Public Library.

“Un Pavese ci vuole”: this misquotation from a very famous passage from The Moon and The Bonfires was the title of a series of video-interviews I conducted with the director of Fondazione Pavese, Pierluigi Vaccaneo. Seventy-two years after Pavese’s suicide, do we still need him? And, whether yes or no, why?

My answer is: yes, absolutely. But I would like to answer through a wider perspective and going beyond Pavese’s uncontested literary value, in order to avoid the risk of saying something that has already been said. Studying the relationship between Roth and Italy, I realized the absence (although with some exceptions), in the contemporary time, of Italian authors who are able to go beyond their national boundaries, becoming part of a global literary discourse, if we might call it so. If, still in the 1980s, writers like Primo Levi were in touch with other great authors of the international literary scene, the impression is that contemporary Italian literature is often narrow, self-absorbed and incapable of communicating with a broader audience. We feel the lack of authors who, like Pavese, can bring the Italian literature to the world, actually making it not only “Italian”. At the same time, Pavese contributed to introducing American literature in Italy, making it part of the Italian culture. Maybe it is also this kind of “internationality” that we need, today.

December 25th and January 1st: closed
24 and 31 December: morning only