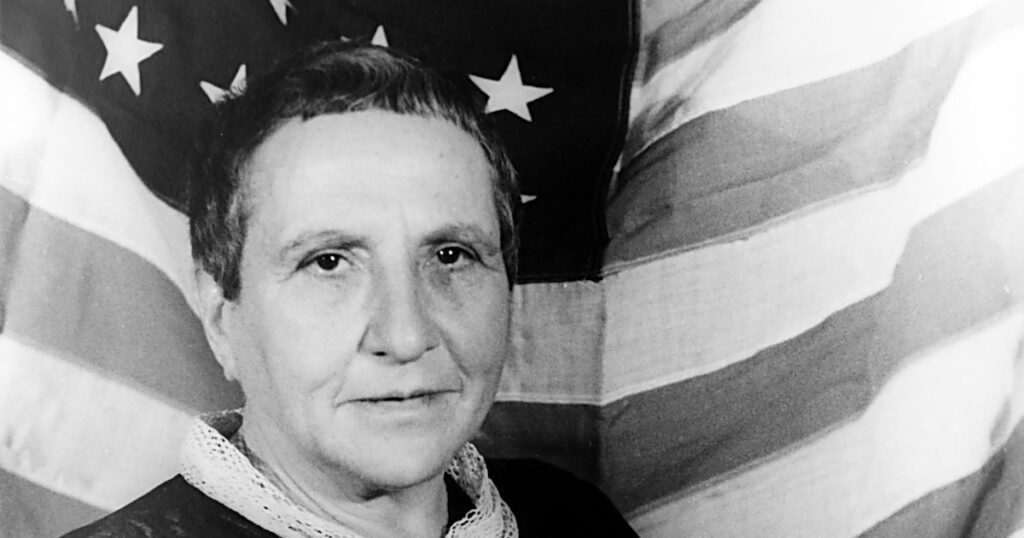 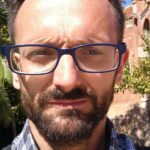 Nicola Cavalli is partner and editorial director at Ledizioni. After he graduated in Communication Science from the University of Turin, in Italy, he earned a PhD in Quality of Life in the Information Society from the University of Milan – Bicocca, in Italy, discussing a thesis about the introduction of digital technologies in the academic publishing. He then continued to focus on the topic he discussed in his PhD thesis by working at Ledizioni, which was founded in 2008: it is one of the first Italian publishers that published eBooks and Open Access texts.

Ledizioni recently republished Gertrude Stein’s Autobiografia di Alice Toklas (The Autobiography of Alice B. Toklas, 1933) as translated by Cesare Pavese in 1938, which is less famous if compared with other books translated by him. What are the reasons behind this choice?
On one side, Ledizioni has always been committed to gender and feminine emancipation topics; on another side, the purpose of our Digital Classics collection (within which this book has been published) is to republish classic books which are now free from copyrights, often out of print, focusing on texts considered minor but very valuable. Stein’s Autobiografia di Alice Toklas falls within both these two categories: it was the most appropriate text for our collection. Being Pavese’s translation now free from copyrights, we considered even more appropriate to publish it, giving to readers and to the market the opportunity to rediscover a very valuable and interesting text and its translation.

In describing the book on your website, you mention that Pavese’s translation makes this book a timeless masterpiece. What are the more relevant features making clear the presence of Pavese, adding value to the book?
Every translation can also be considered as a re-writing of the text: it is the creation of a new text, overlapping the original. We know how Pavese’s translations were not “linear”, adherent to the original: he chose the texts he wanted to translate because he felt necessary to identify with the text and its writing style. Reading Stein’s Autobiografia di Alice Toklas in Pavese’s translation means to approach a text which goes beyond the realistic/naturalistic approach to represent the plurality of points of view: it is a text which goes closer to a symbolic dimension. In reading this text, we have the possibility to approach and to know the life of two women, the 20th century artistic avant-gardes, but also to value one of the works that allowed Pavese to find a dimension for his own novels.

The book has been published in the Digital Classics collection, which re-publishes out of print and copyright-free texts without any other paratext but the original one. Why don’t you feel necessary to provide a new editorial context for the books?

Digital Classics originates from the awareness that the Italian literary market leaves out many interesting works, which should be made easily available to the public. In this sense, Ledizioni would offer a service in being helpful and making these books circulate. We also believe that, although providing collections of literary critics with new introductions, publishing the texts as they were originally published is a great value. Sometimes, reading the texts as they were published, in their original shape, is useful because it allows contemporary readers and scholars to understand how those texts were part of their own epoch and how they were interpreted at the time of their first appearance. We believe that readers can build their own autonomous interpretation, without a new contextualization, only when the original edition is clearly specified. This is what we always do in the imprints of our books, specifying the original edition and the publishing year of the books we are reprinting.

2020 marked the 70th anniversary of Pavese’s suicide. What does Stein’s book teach us about Pavese as translator, if we read it now, many years after its first appearance?
Gertrude Stein was an artist who became a reference point and an example for other writers: in her life, she achieved the same results that Pavese hoped to achieve through his work as editorial consultant for Einaudi. So, we can read one of the models that influenced Pavese both stylistically and as a general source of inspiration.

Changes in the publishing sector

Cesare Pavese was a fundamental member of the publisher Einaudi. How can a publisher promote culture, nowadays? Which kinds of audience are the most relevant to be reached out to?

The spread of digital technologies and the Internet radically changed the media environment, both for producers and consumers. The relevance of book publishers as producers of culture has surely decreased: it is now challenged by social media grassroots productions and by the growth of multimedia languages. We at Ledizioni believe that for contemporary society it is fundamental that textual culture, the culture of book (both paper and electronic), remain central. Books provide the instruments to reach full awareness and to enhance knowledge. Ledizioni is supporting the transmission and spread of knowledge, especially in the academic sector. In this sense, digital technologies are fundamental: they need to be employed in editing texts and editions to offer the youngest generations – the most important and the most elusive audience – books which could maintain the cultural heritage of our societies.

We consider the publishing industry at the time of Pavese only as a cultural enterprise, forgetting that it was a business, too. What are the main differences, for you, between the publishing sector of that time and the contemporary one?
For sure, the vast growth of published text – which results in a distribution’s bottleneck and a decrease in quality – radically changed contemporary publishing and made it much more competitive, also economically, when compared to the 20th century enterprises. As I already mentioned before, the relevance of book is failing, and I don’t think that there are the conditions to come back to 20th century publishing. World has changed and publishing cannot remain static. We can feel nostalgic, and maybe we could be right, but we need to accept the challenge of making culture by complying with the severe economic conditions that every publisher – especially if a small and niche one – must face. In a certain way, it is an ever more stimulating challenge than the ones Einaudi had to face.

Seventy years after Pavese’s death, do we still need an intellectual figure like his? And why?
I believe that the ability to influence and make people think, expressed by a writer like Pavese, is always necessary: as many others, I am an example of this. The power of his writing, between Realism and Symbolism, is huge. His works became immortal: once we come across them, we will never forget them.